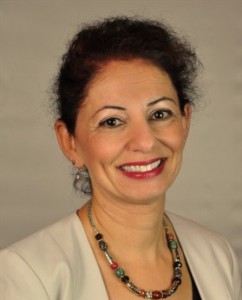 Upon completion of her doctoral studies in Communication Disorders at the University of Cincinnati (1995), Dr. Constantinidou joined the faculty in the Department of Speech Pathology and Audiology at Miami University, Oxford, Ohio where she achieved the rank of Full Professor. In 2006, after 23 years in the US, she moved back to her birth-country, Cyprus, to work in the Department of Psychology at the University of Cyprus. There she contributed to the establishment of research and clinical services for individuals with neurological disorders. What began as an initial two year appointment became a long-term commitment.

Dr. Constantinidou is the founding director of the Center for Applied Neuroscience (CAN) at the University of Cyprus. CAN was established in 2010 after securing competitive funding to create a research center of strategic importance to the county with a focus on investigating human cognition and behavior (www.cancypurs.org). Major research activities of the center include systematic investigations of TBI, aging and dementia.

Dr. Constantinidou’s research teams are currently investigating the epidemiology of TBI and dementia in Cyprus, the long-term effects of TBI on cognitive performance, and the effectiveness of systematic cognitive rehabilitation in individuals with TBI and in adults at risk for dementia. In 2013 she was awarded the Experienced Researcher Award by the Cyprus Research Promotion Foundation for her work on aging.