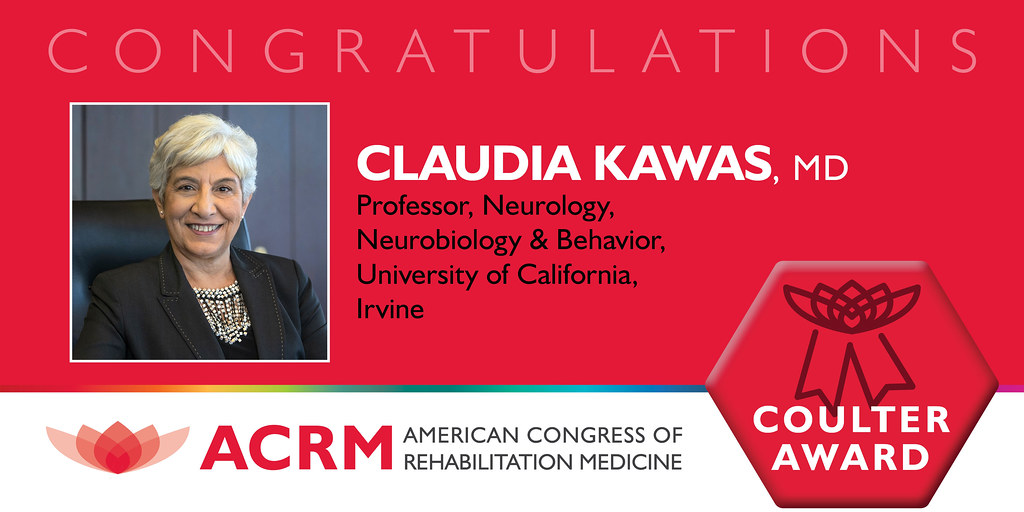 ACRM is pleased to honor Claudia Kawas, MD, with the 2021 John Stanley Coulter Award. Dr. Kawas will present the award plenary, The 90+ Study: What did we Learn & What Happens When we all Live to 130 Years Old?, on 29 September during the ACRM 2021 VIRTUAL  Annual Conference. READ MORE >>

To be named the Coulter Lecturer is to be recognized as one whose professional achievements have contributed significantly to the field of rehabilitation, as did Dr. John Stanley Coulter. After his death on December 16, 1949, the Board of Governors of the American Congress of Physical Medicine, as the ACRM was named at that time, established a fund to provide for a series of Coulter Lectures “as an expression of devotion to their departed colleague and leader.” Since 1951, the John Stanley Coulter Lecture has been a highlight of every annual meeting of the ACRM.

The first Lecture was presented at the organization’s 29th Annual Session in Denver on September 5, 1951. Given in the form of a eulogy to Dr. Coulter by Kristian G. Hansson, MD, the lecture provided a quick sketch of the man many in the field regard as “the father of physical medicine and rehabilitation.”

“All human enterprises have leaders and so has medicine,” Dr. Hansson said in his eulogy. “Physical medicine was fortunate to have such a leader in Dr. Coulter. He proved his leadership in many ways, as a soldier, as an author and editor, as a physician, and as a friend to those who sought his advice.”

Serving in the US Army from 1911 to 1920, Dr. Coulter was sent to France during the first World War, where he took charge of the first overseas convalescent and rehabilitation center. There he first became associated with physical and occupational therapy.

He was assistant editor of the Archives of Physical Medicine and Acta Americana, contributing more than 50 articles on physical medicine and rehabilitation for medical journals.

Dr. Coulter specialized in PM&R and introduced the practice of PT and OT in the treatment of industrial workers disabled by accidents and disease. He helped to establish the AMA Council on Physical Medicine and Rehabilitation and was its chairman from 1942 to 1949. Always striving to improve the training of physical therapy technicians, he was instrumental in forming the American Registry of Physical Therapy Technicians.

November 2019, Chicago
Christine M. MacDonell, FACRM
An Around the World Perspective: Moving the Needle on Rehabilitation Medicine and Research

October 2018, Dallas
Mark S. Nash, PhD, FACSM
Disparities of Cardiometabolic Risk Assessment and Intervention After SCI: At the Fork in the Road?

29 October 2015, Dallas
Michael Boninger, MD
Neuroprosthetics to Wheelchairs: The Good, the Bad, and the Ugly of Assistive Technology

October 16, 1999, Orlando
Margaret A. Nosek, PhD
Overcoming the Odds: The Health of Women With Physical Disabilities in the US

September 13, 1997, Boston
Florence P. Kendall, PT
Sister Elizabeth Kenny Revisited. (This address was published in the Archives, but illness prevented Mrs. Kendall from presenting her address in Boston.) GerbenDeJong, PhD substituted as the Coulter Luncheon speaker on “The Growth Maturation, and Consolidation of the Medical Rehabilitation Industry and Their Implications for ACRM’s Research Mission.”

June 25, 1995, Arlington
Richard Bruno, PhD
PostpolioSequelae and the Paradigms of the 50s: Newtie, Ozzie, and Harriet Versus Paradigms of Caring and a Future for Rehabilitation in America

November 15, 1992, San Francisco
Jean Cole Spencer, PhD, OTR
The Usefulness of Qualitive Methods in Rehabilitation: Issues of Meaning, of Context, and of Change 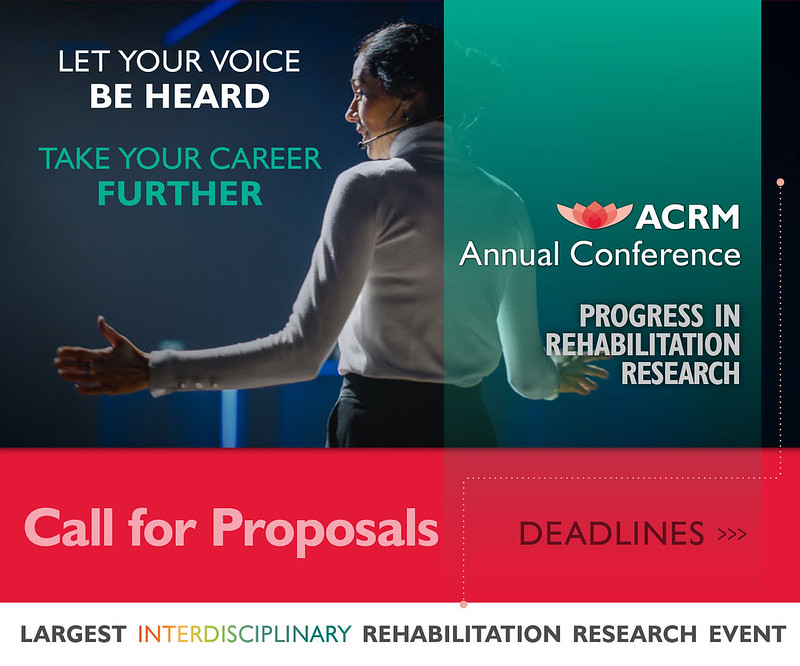 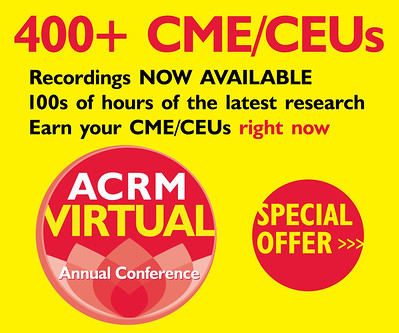 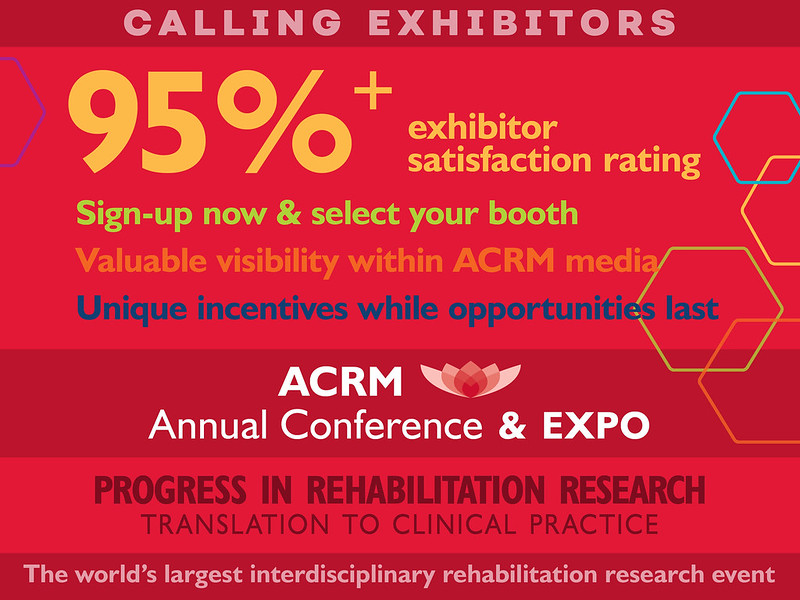 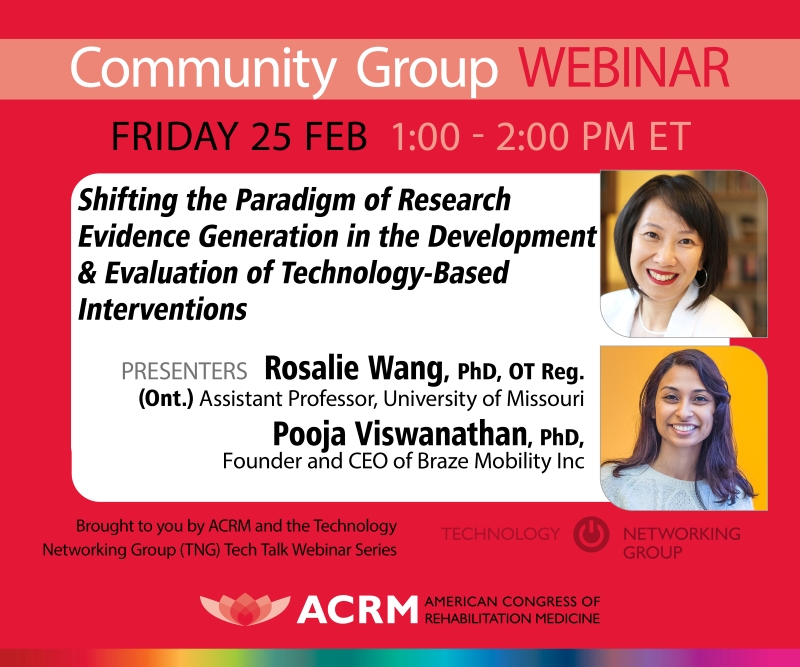 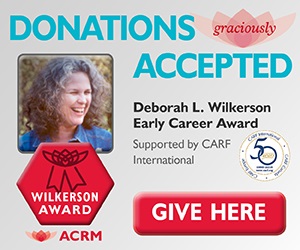