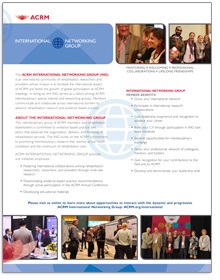 The ACRM International Interdisciplinary Special Interest Group (IISIG) is a community of rehabilitation professionals from around the world whose mission is to communicate and collaborate across international boundaries to advance rehabilitation research and evidence-based practice.

The IISIG will serve as a catalyst for ACRM’s global growth and through its membership and activities will bring an international perspective on rehabilitation research, service delivery, and education. It builds on the ACRM commitment to interdisciplinary research that reaches across health conditions and the continuum of rehabilitation care.

The ACRM International Interdisciplinary Special Interest Group (I-ISIG) 2022 Call for Nominations is open for several officer positions on the I-ISIG Executive Committee, including:
·     Chair Elect
·     Secretary
·     Early Career Officer
The deadline to respond is:
Tuesday, 15 March 2022
to Dr. Fofi Constantinidou Fofic@ucy.ac.cy
Self-nominations are welcome and encouraged, as are peer nominations of I-ISIG members.
Thank you for your help in choosing the leadership of our community group!
NOMINATION PROCEDURE
All candidates must be or become active ACRM members in good standing and current member of International ISIG. All nominations should be emailed to Dr. Fofi Constantinidou, Nominating Committee Chair, and Past I-ISIG Chair and to include the following:
·     The Officer position for which the candidate is nominated
·     The name of the candidate, with credentials
·     Candidate’s title and affiliation
·     Candidate’s CV
CRITERIA FOR International ISIG EXECUTIVE COMMITTEE MEMBERS
·     Active ACRM member in good standing and member of I-ISIG
·     Knowledgeable about and supportive of the ACRM & I-ISIG mission and objectives
·     Demonstrate a special commitment to ACRM & I-ISIG through tenure of membership and participation in the organization
·     Ability to accomplish tasks on schedule and to work effectively with other people
·     Understand and agree to the necessary commitment of time and community activities
The elected officers with the exception of the Chair Elect, will assume their positions during the first I-ISIG Executive Committee meeting during the ACRM Annual Conference in Chicago.
Chair Elect –
Responsibilities: Chair-Elect will resume duties immediately and will hold office until the Annual meeting in 2023. At the conclusion of the annual business meeting, they  will automatically assume the Chair position for two years.  This person will serve as the Program Liaison Officer. Responsibilities of this position include attending the monthly Program Committee Meeting, participating in reviewing symposia for the I-ISIG Programming as well as participating in the determination of the I-ISIG Award recipients as part of the I-ISIG Awards Committee.
NOTE:The Chair Position is also a liaison to the Board of Governors (Ex-Offico) which requires attendance at the monthly Board of Governors meeting which includes the in-person Spring and in-person Annual Conference Board of Governors meetings.
Secretary –
Responsibilities: In collaboration with the ACRM representative assigned to the committee, the Secretary shall maintain a correct and permanent record of the meetings and transactions of the I-ISIG including minutes of all meetings, reports, correspondence by I-ISIG officers, budget, committee and task force reports, list of attendance at annual meetings, and membership records and the like on a centralized data system supported by the ACRM National Office. The Secretary will also oversee the minutes of the meeting are being recorded and an attendance sheet circulated or captured including sending minutes to I-ISIG members and the ACRM national office.
The Secretary will assume responsibility for reviewing and preserving the I-ISIG Rules of Governance with regard to legality, integrity, and consistency within itself and with the existing bylaws of the ACRM and preparation of modifications in appropriate form for the membership’s input and approval.
The Secretary will work with the ACRM on additional documentation needs such as developing surveys or other materials that need to be documented.
Term: holds office for two (2) years. This position can be extended for one (1) optional two-year term if agreed upon by the secretary and nominating committee and voted upon by the general membership
Early Career Officer
Responsibilities: The Early Career Officer shall act as liaison between the ACRM Career Development Networking Group and the I-ISIG and provide a regular reporting of early career ACRM membership needs and concerns. The Early Career Officer will provide input on all decisions to assure that the i-ISIG is meeting the needs of early career members and professionals. The Early Career Officer may undertake projects or design and promote initiatives that improve early career membership value and enhance ACRM and i-ISIG recruitment and retention of early career professionals.
Term: holds office for two (2) years. This position can be extended (re-elected) for additional two-year terms only if the officer will maintain “Early Career” status (that is, within 5 years of completing postgraduate training) for the duration of additional term
Thank you for your support of the ACRM International Interdisciplinary Special Interest Group!

The International ISIG has initiated a Postdoctoral Match Program to help match postdoc rehabilitation trainees with international postdoctoral rehabilitation research positions. This program is a free benefit of your ACRM membership. An application survey was first emailed to I-ISIG members on Tuesday, 11 January, 2022 at 3:37 PM ET. Please search your inbox and/or spam folder for that invitation or watch for upcoming email reminders.

To participate, please complete the Postdoctoral Match Program Application survey by 5:00 PM ET on Tuesday, 1 February 2022 to tell us about yourself or the research position you have available. If you are an I-ISIG member and did not receive the program application, please contact Cindy Robinson for assistance.

Once the application period has concluded, we will follow-up via email to connect postdoc trainees with the positions available. 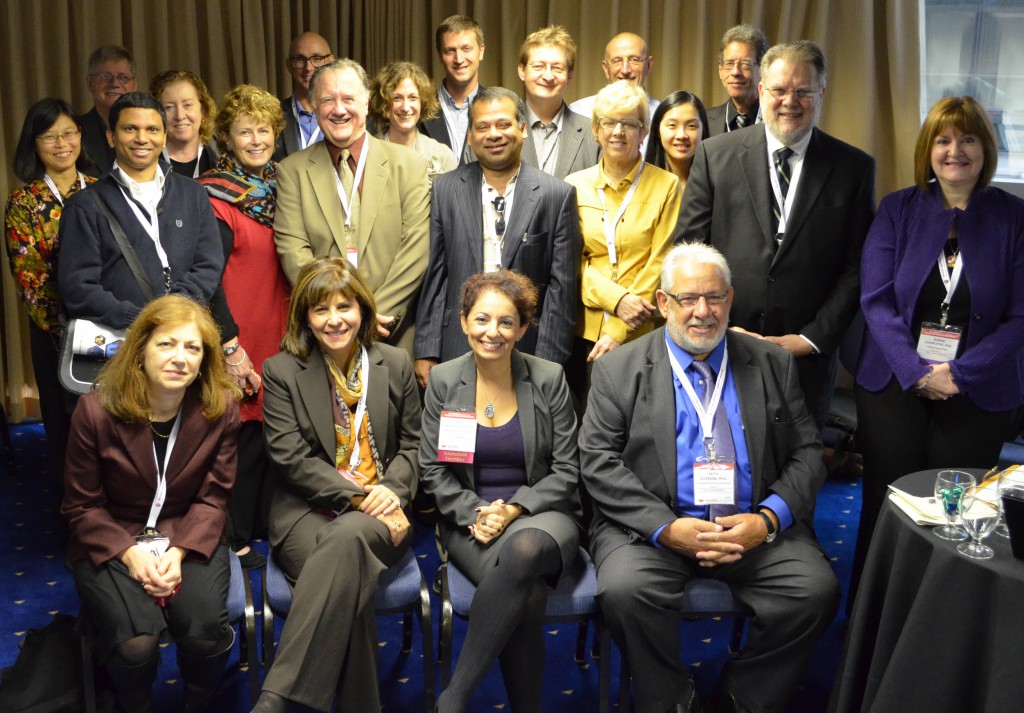 The opportunity to participate in more than 20 specialized interdisciplinary special interest groups (ISIG) and networking groups and to engage in their task forces, is one of the most valuable benefits of ACRM membership.

Membership is available at various levels and includes a subscription to the most-cited journal in rehabilitation, Archives of Physical Medicine and Rehabilitation, as well as discounted member pricing on all ACRM products and events.

Already an ACRM Member? Click here to login and join the International ISIG.

“How Does ACRM Help Internationally?” 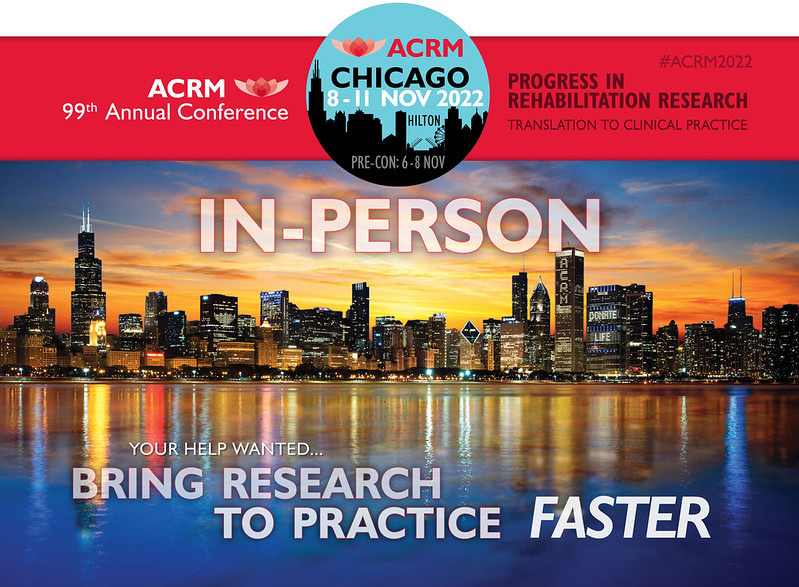 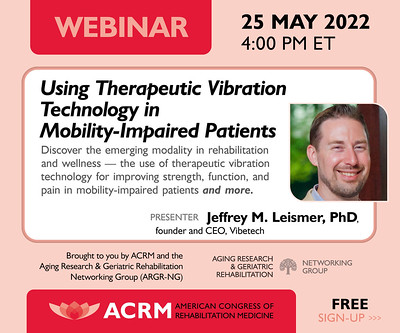