Title: Intimate Partner Violence and Brain Injury: What every rehabilitation provider should know.

It is estimated that one in three women globally will experience intimate partner violence (IPV) in their lifetime and persons with disabilities are particularly at risk of this type of victimization. The most common site of injury is to the head, face and/or neck which includes strangulation, putting women at risk of brain injury. Most of these injuries are unreported, with less than 25% of women seeking care at time of injury. Despite estimates of high prevalence of brain injury in the IPV population, there has been very little research and training dedicated to brain injury in the IPV context. It is imperative that rehabilitation providers become educated on IPV and TBI, particularly as IPV has significantly increased during the pandemic. This Chautauqua will not only provide key insights from a newly published special issue on IPV and brain injury, but also address relevant ethical/legal issues that includes the perspective of women affected by violence. This includes controversial issues such as routine screening for both IPV and brain injury. Further, it will provide IPV BI resources and advise on referrals. An international perspective of IPV and brain injury that includes brain injury among perpetrators will be shared. We anticipate that participants will have the opportunity for rich discussion with leading international IPV-BI experts. It is anticipated that participants will obtain a more nuanced understanding of the unique issues related to IPV and BI relevant to training, research and clinical practice.

Title: Introduction to Chautauqua and IPV and BI

Brief Summary: Dr. Colantonio will provide an introduction to the topic and moderate the session.

Brief Bio: Dr. Angela Colantonio is the Director of the Rehabilitation Sciences Institute in the Temerty Faculty of Medicine at the University of Toronto. She is a Professor in the Department of Occupational Science & Occupational Therapy; a senior scientist at the KITE-Toronto Rehabilitation Institute-UHN; an Adjunct Scientist at the Institute for Clinical Evaluative Sciences; and a Fellow of the Canadian Academy of Health Sciences, the American Congress of Rehabilitation Medicine, and the American College of Epidemiology. She received her PhD in epidemiology and public health from Yale University, an MHSc in Community Health from the University of Toronto, and a BSc in Occupational Therapy, also from the University of Toronto. Dr. Colantonio holds a Canada Research Chair in Traumatic Brain Injury in Underserved Populations. She leads an internationally recognized program of research on acquired brain injury (www.abiresearch.utoronto.ca) with diverse foci on women, sex and gender considerations, work-related traumatic brain injury, and brain injuries in underserved populations, such as women survivors of intimate partner violence (IPV), individuals who intersect with the criminal justice system, and people who are vulnerably housed/homeless.

Brief Summary: As lead editor on a Journal of Head Trauma Rehabilitation topical issue on Brain Injury and IPV, key findings will be shared. This includes understanding characteristics and outcomes of nonfatal strangulation, increasing our understanding of neurobehavioral symptoms of both survivors and perpetrators, understanding neuroimaging correlates of IPV-related brain injury, prevalence of IPV related brain injury and promising new developments in programming and knowledge transfer.

Brief Bio:
Dr. Valera, Associate Professor in Psychiatry at Harvard Medical School and Research Scientist at Massachusetts General Hospital has worked in the domestic violence field for a over 25 years using a range of methodologies to understand the neural, cognitive and psychological consequences of brain injuries from intimate-partner violence, with her most recent focus being on transgender women. She regularly lectures internationally (e.g., South Korea, Spain, France, Colombia, Canada, China, Japan) and has received national and international recognition (e.g., TV news, NYT Magazine, Forbes, CBC Canadian radio). Just within the past 3 years she has been the recipient of the prestigious Robert D. Voogt Founders Award, Rappaport Research Fellowship in Neurology, PINK Concussions Domestic Violence Award and the Anne Klibanski Visiting Scholars Award. She is passionate about raising awareness and educating all relevant stakeholders about this tremendously overlooked public health problem.

Title: What every rehabilitation provider should know about BI-IPV: Ethical/Legal Considerations

Brief Summary: Ms MacGregor will be speaking on ethical legal issues relevant to IPV and brain injury which address the complexity of of brain injury including from strangulation in this context. Also, the importance of integrated leadership from the perspective of women affected by violence with an intersectional lens will be discussed.

Brief Bio: Nneka MacGregor is an advocate who works with governments, organizations and individuals to transform lives and build violence-free communities. She is the co-founder and Executive Director of the Women’s Centre for Social Justice, also known as WomenatthecentrE, a unique non-profit organization created by and for diverse women and trans survivors of gender-based violence globally. An international speaker and trainer, she has developed and facilitated training across sectors. Her research focus is on sexual violence and on the intersection of strangulation, traumatic brain injury and inter-personal violence. Nneka is also founder and Managing Partner at Nneka & Co, an Equity, Diversity & Inclusion (EDI) consultancy working at the intersection of race, gender and ability. The firm consists of Black, Indigenous and people of colour (BIPOC) Associates who support organizations to embed Stakeholder-Centric EDI © into their work culture.

Brief Summary: Ms Haag will address the need for referral to support agencies that provide expertise in IPV including social workers. The presentation will include recommendations from national studies on system level changes that can be implemented to address IPV-TBI and a discussion of issues related to screening for brain injury in the IPV context. Further, resources for practitioners addressing the knowledge to practice gap on IPV and brain injury will be shared like the Abused and Brain Injury Toolkit (www.abitoolkit.ca).

Brief Bio: Halina (Lin) Haag is a PhD candidate and Contract Faculty member with the Faculty of Social Work at Wilfrid Laurier University and a research trainee at the Acquired Brain Injury Research Lab at the University of Toronto. She is exploring the gendered experiences of traumatic brain injury (TBI) and the barriers and facilitating factors influencing mental health, return to work, and social integration encountered by brain injured women survivors of intimate partner violence. Lin is committed to improving outcomes through direct practice, innovative research, and professional education, believing that increased knowledge and understanding in the community is key. As someone with lived experience of brain injury, she has been a guest speaker addressing issues of disability, brain injury, and marginalization for a variety of international academic, professional, and community-based organizations. Her work has been generously funded by the Ontario Women’s Health Scholar Award.

Title: Lessons from a national effort on IPV and BI: international perspectives

Brief Summary: Mr Rushworth will present the key findings from Australia’s first research into IPV and BI. He will discuss the impact of the research from a national context and from the perspective of an organization representing persons affected by brain injury.

Brief Bio: Nick Rushworth is the Executive Officer of Brain Injury Australia – the nation’s peak body for the over 700,000 people with a brain injury, their families and careers. In 1996, Nick sustained a severe Traumatic Brain Injury as a result of a bicycle accident. Before joining Brain Injury Australia, Nick worked for the Northern Territory Government – the administrative authority for the central and northern regions of Australia – setting up their new Office of Disability. Alongside representing people with a brain injury on a variety of advisory and research steering committees – including the recently announced $50 million Australian Government’s “Mission in Traumatic Brain Injury” – Nick is also an ambassador for both the National Organisation for Fetal Alcohol Spectrum Disorders and the Queensland Brain Institute’s concussion research. Between 2017 and 2019, Nick facilitated a “Community of Practice” in brain injury for the National Disability Insurance Agency – which administers the Australian Government’s new scheme for funding the costs associated with disability. 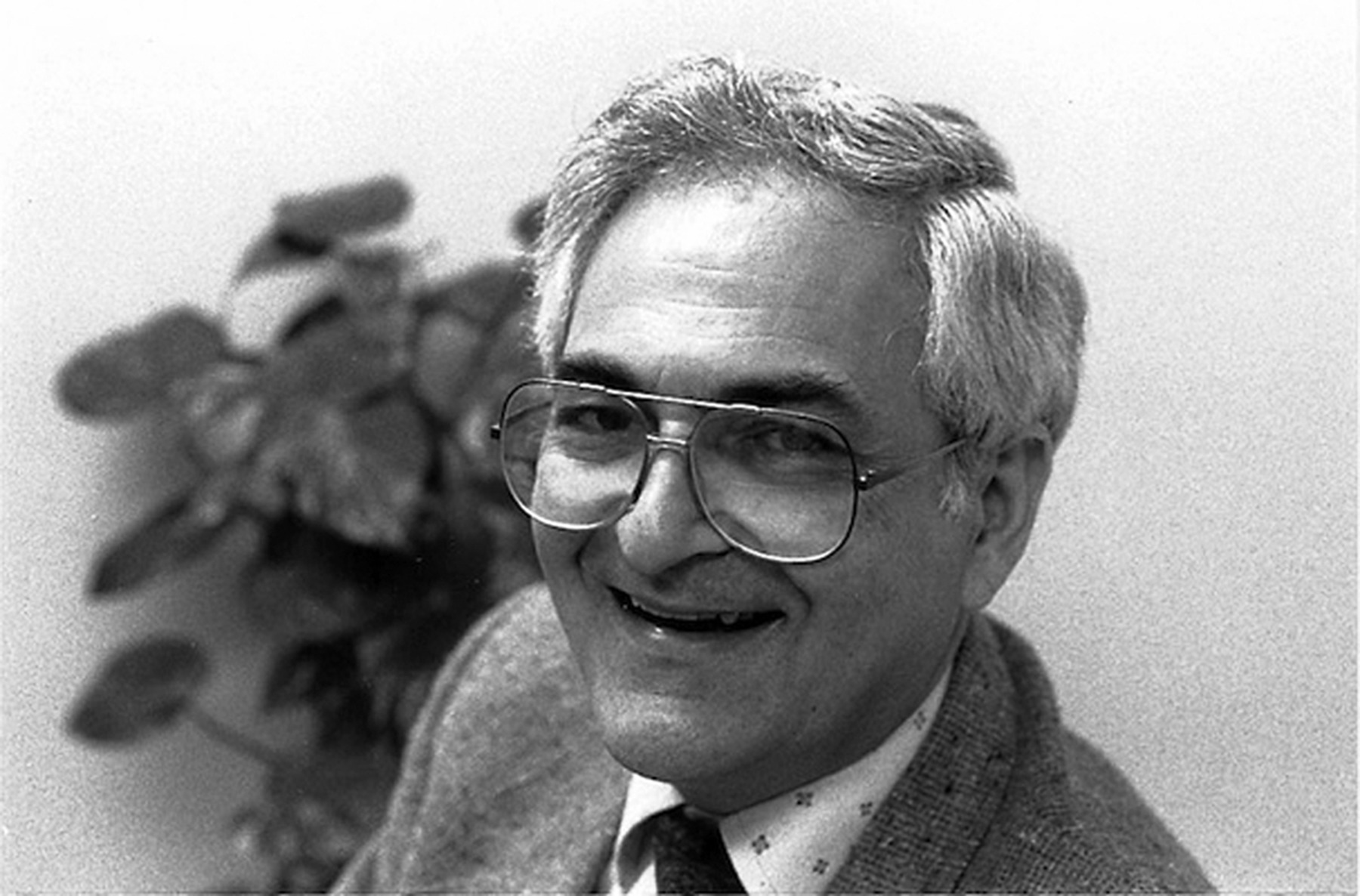